Hello and welcome to my brand new website! I’ve started this blog to think through various statistical concepts and techniques and hopefully they’ll be useful to you too. Let’s start with every statisticians favorite flex: hypothesis testing

There’s two main branches of statistics. One, where we analyze and summarize the data we have. Other where we infer stuff about a population based on some sample data we collect. This is called inferential statistics and hypothesis testing is an important part of it. It can be confusing because there are endless terminilogies and rules to keep in mind but we can tackle it by breaking it down into smaller parts. 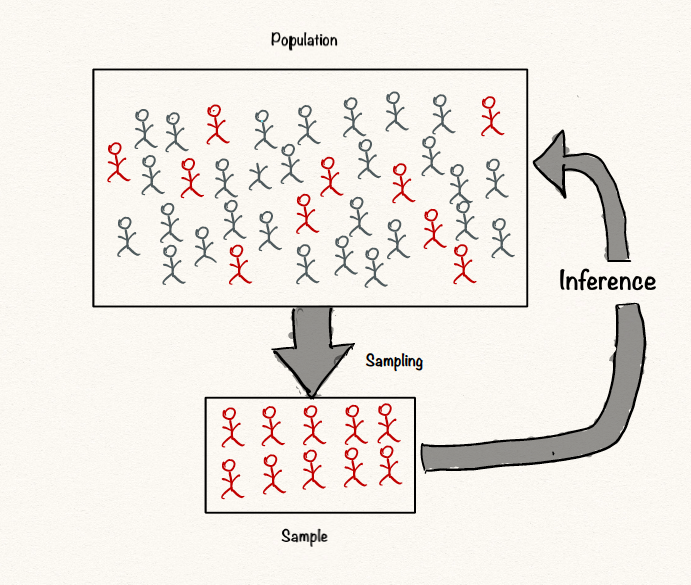 It starts with a hypothesis.

A hypothesis is simply just a question about something in the world around you that can be tested, either by experiment or observation. For example, you may be interested in knowing

Let’s say you’re interested in finding out if coffee stunts your growth. Instead of collecting real data, we just simulate data for adolescent coffee drinkers, assuming a real effect of Cohen’s \(\ d = 7/15\)

It seems like the the sample mean height of people that drink coffee is lower than those who don’t. Does that conclude our study? Should we call it a day?

why use hypothesis tests?

Let’s take a step back for a moment and restate why we should use a hypothesis test rather than just use the sample means to decide. Samples are a subset of the entire population. Sample statistics, such as the mean, are unlikely to equal the actual population values. The difference between the sample value and the population value is called sample error. If sample error causes the observed difference, the next time someone performs the same experiment the results might be different. Hypothesis testing incorporates estimates of the sampling error to help you make the correct decision.

2) state the null and alternative hypotheses.

The null hypothesis, denoted by \(H_0\), is a claim about a population characteristic that we initially assumed to be true.

The alternative hypothesis, denoted by \(H_1\), is the competing claim (we often set up hypotheses in hopes of showing that \(H_1\) is true).

:pencil: Many people have found an analogy between hypothesis testig and court room to be useful where

In the context of our example,

3) state the significance level of the test

Once hypotheses have been formulated, we need a method for using sample data to determine whether \(H_0\) should be rejected or not. The method that we use is called a test procedure. Unfortunately, just as a jury may reach the wrong verdict in a trial, there is some chance that the use of a test procedure based on sample data may lead us to the wrong conclusion about a population characteristic.

In keeping with the jury example, 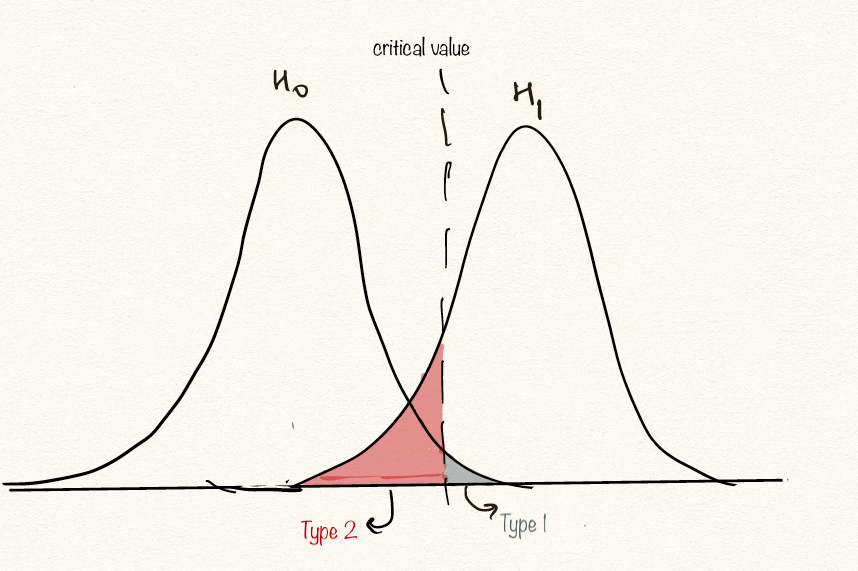 but what does setting a significance level mean?

It represents our tolerance for type 1 error. It’s usually repesented by \(\alpha\). Ideally, we want to choose a significance level that minimizes the likelihood of one of these errors.i.e. a very small significance level. Significance levels such as 0.05 and 0.01 are common in most fields.

Now that we know the possible errors that we can make and how we should control them, we need to figure out exactly what it is that we mean by “evidence against \(H_0\)”.

Evidence against the null hypothesis comes in the form of a test statistic, TS. A test statistic is a summary statistic that is a function of the sample data on which the conclusion to reject or fail to reject H0 is based. The most common types of test statistics are Z and t test statistic. Here is a link to a comprehensive list

5) state the decision rule and/or compute the p-value and make a decision. 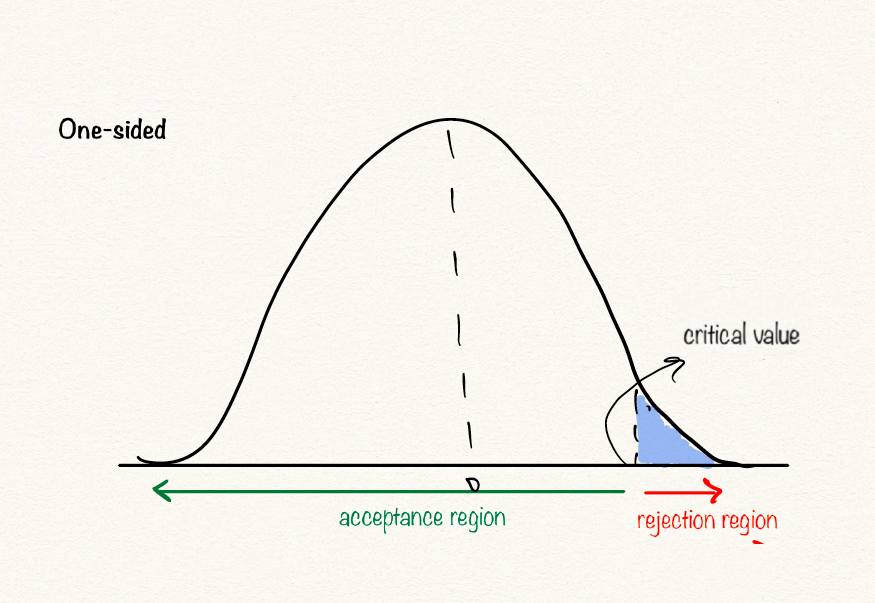 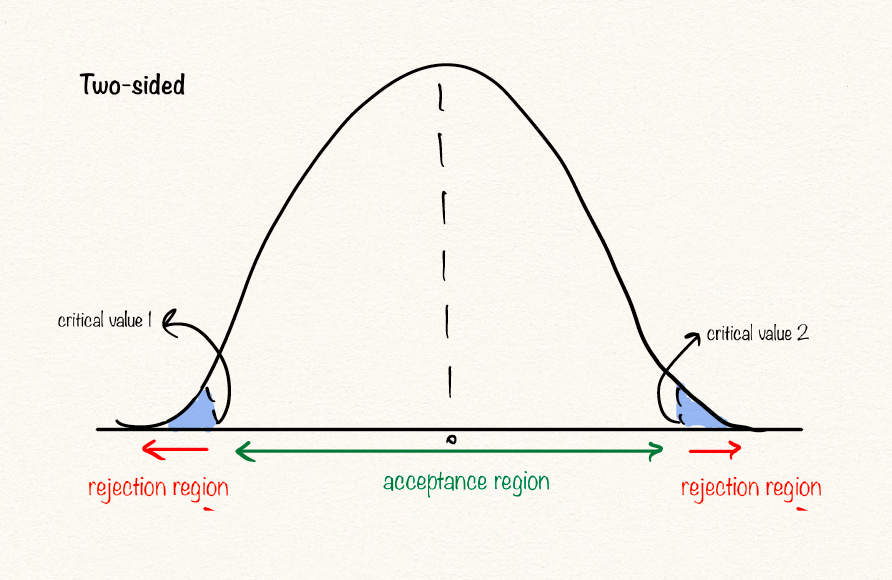 However, in practice, most statisticians/ researchers make the decision by computing p-values. Keep in mind p-values are widely misconstructed in the literature. Go through this link for common misconceptions and how to avoid them.

6) state your conclusions in the context of the problem.

Circling back to our example, we take the p-value route to make a decision. Because the t-test is simply a general linear model with one categorical predictor, we can run:

In the R output, (Intercept) is \(\beta_0\) while x is \(\beta_1\). \(\beta_0\) is the mean of the group in which our categorical predictor is 0, i.e. the group which does not drink coffee. The group that does drink coffee, on the other hand, has a mean decrease in height of ~5 cm. However, since the p-value is 0.107 We would conclude that the probability of observing these data or more extreme data given that there really is no effect is ~10%. Using the conventional cutoff, \(\alpha = 0.05\), we would say that we fail to reject our null hypothesis that there is no difference between the two groups.